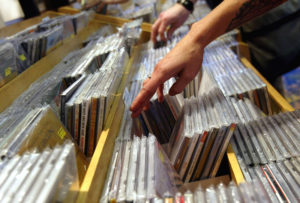 Back in June of 2019 I posted an article called “How I’m preparing for the next recession!“. If you don’t remember the article, no worries, I will give you a minute to read it and catch up.

While the rest of them are still reading the article, we can go ahead and get started and they can catch up later.

When I first wrote the article I had just begun implementing my CD buying program. While I have not reached the 1st anniversary yet, I have gained some perspective over time.

The terms that I set for my CD buying program were that I would purchase a new 12 month CD every single month. I am currently 9 months into the program and am looking forward to how it turns out. How about we get a little better perspective on it.

Back at the Start

Early in 2019, it occured to me one day that quite a bit of my net worth was tied up in the stock market. While I think that the stock market is a great way to grow your money over time, I do also believe that it is only one part of a well rounded and healthy financial house.

The problem that I saw with the situation was that if the stock market did go through a correction then a lot of my assets would lose their value as well. Over the long term this loss of value doesn’t bother me but I would like to actually capitalize on the situation by being able to buy stocks at a cheaper price while we were going through the correction.

To be able to achieve this I knew that I would have to use a different vehicle. So now the dilemma is that I need something that is more liquid but is still growing my money for me.

The initial response was to just let my cash reserves build up in my checking account. While that would be more liquid, it unfortunately wouldn’t allow my money to keep working for me. So option 1 was out of the question. The next option that I thought about was just letting the cash reserves build up in a savings account. This option wasn’t a bad one. The value is stable, the money is somewhat liquid and it is still building some interest over time.

At this point, it was probably a bit of greed that set in. Because option 2 was a very good one but then the thought crosses my mind….. how can I get just a little bit more yield out of my money. Of course, the conclusion that I came to was to put the money in a CD instead of a savings account.

I am currently 9 months into the CD buying program. I honestly wonder sometimes if I could have chosen a worse time to think of implementing a strategy like this. The first month that I bought a CD was in May. When I purchased the CD I got a yield of 2.70%. That was then. Now I am getting around 2%. Literally from the month that I began this, the yield has steadily been trending downward.

While this may be a true statement, each month the yield offered from the CD is still larger than the yield that is offered from a savings account. So really, I am just trying to say that regardless of where I had the value stored it was going to lose some of the yield just because of the natural fluctuations of markets.

All of the CDs are set to pay the interest at their dates of maturity. If I am able to make it to my 1 year anniversary then I will have 1 CD maturing every single month.

The way that I look at this CD buying program is that even if it doesn’t work out the way that I planned the worst that can be said is that I was able to save a little bit more money for my future self.

Hopefully though, if I am able to make it to my 1 year anniversary and the market hasn’t had a correction yet then I will be able to watch as my first CD matures. My plan moving forward when these things start maturing is to roll them into a new 12 month CD. When I roll it into the new CD though I plan to double the original principle.

So not only is my original principle going into the CD but double that amount as well as the interest that was paid out during the first year.

Depending on how long I keep this program going, will depend on the amounts that I increase it every year.

Originally, I picked a reasonable amount that I could contribute every month but wouldn’t affect my normal way of living too much. If this program runs for a couple of years I wouldn’t be able to sustain doubling the principal every year but I would continue to contribute to it every year.

To Summarize It All Up

Thus far, I have been very happy with my CD buying program. It has allowed me to increase my savings rate while not affecting my normal lifestyle. Plus I am able to compound my money overtime while I patiently wait in anticipation for the next correction or recession to happen so that I can truly reap the benefits of a CD buying program.

I have witnessed a decrease in the yield that I am returning from the CDs but as long as the yield stays within a reasonable amount then I will continue to move forward with this program. If the yield were to decrease too much then I would be forced to suspend the program and to reevaluate it.

Are you currently in the process of buying CDs or have some other way that you are storing value in anticipation for the next downturn? If so I would love to hear about it in the comments down below.

Until next time, happy investing!!!