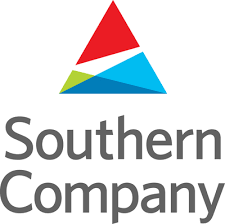 Is that title confusing enough? Don’t fear, it will all become very clear shortly.

With all of this tariff talk going on, especially involving China, I wanted to find a purchase that I could make that would not be affected by the alleged tariffs. With interest rates on the rise a lot of the utility companies have been hit pretty hard. So after doing some research I decided that I wanted to build on my position in Southern Company.

You may be asking yourself if I was wanting to build onto my position then how did I manage to buy and sell Southern Company at the same time. Well this all happened because of a move that I decided to make so that I could reposition these stocks. Long time readers of More Dividends may remember that I first purchased shares of Southern Company in a regular brokerage account back in February of 2016. Since that I time, I have allowed the dividends to reinvest back into the position which has worked out nicely but now I wanted to try and benefit even more from building onto this position.

Despite the share price being slightly below my cost basis I decided to sell my stock in Southern Company. Thankfully this small capital loss will be offset by a capital gain that I incurred outside of More Dividends. As soon as possible, I moved the capital from this sell along with fresh capital to my Roth IRA account where I reestablished the position at 2X the size. So not only was I able to double the position in a tax free account, I was also able to do it at a cheaper cost basis than the original position.

Now you can see how I managed to buy and sell some Southern Company in such a short time. I think over the long term this strategy will really pay off for me.

Enough about me, how about we dig into the dirt of Southern Company a little bit and see why I decided to buy.

Recap of Information on Southern Company

Southern Company operates in a defensive industry and is currently the #2 largest utility in the US. The company generates and distributes electricity as well as distributes natural gas. Over the past 5 years they have had a total return of 17%

Over the past 10 years the company has tremendously lowered their use of coal. They have also increased their use of natural gas as well as renewable energy sources like solar and wind. This is a great move on their part considering the problems that the world is having with climate change and global warming. Not only is this great for the environment but it is also great for shareholders because of the tax benefits.

The area in which they operate is mainly in the southern parts of the country but it is not centered around one particular area of the south which allows them a wide range of customer base.

As for the Kemper Clean Coal project the company decided to scrap the project and instead decided to turn it into a natural gas powered facility. The attempted project cost the company around 6 billion dollars but sometimes it is best to cut your losses and move on.

Initially I sold 11 shares of Southern company, from an individual brokerage account, at an average price of $44.47 which had a cost basis of $46.99. This subtraction from my portfolio will decrease my projected annual dividend income by $25.34.

Then I added 23 shares of Southern Company with a cost basis of $44.63. This addition to my portfolio will add $53.36 to my project annual dividend income not including the compounding factor.

Overall, Southern Company has been a great holding for me. I am glad that I was able to reposition the holding to better profit from it in the future. Southern Company has been making a lot of the right moves in my opinion from abandoning the Clean Coal Project to looking to position themselves as a clean energy company. They have their eye set on the long term which will allow them to continue to returning capital to shareholders. I have no intention of selling this position so I am going to set back and reinvest the dividends and look for more opportunities in the future to add more to my position in Southern Company.

If you would like to receive an email whenever a new article is published on More Dividends just enter in your information below!