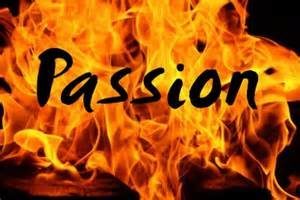 Lately, I have been thinking about the concept of the FIRE movement. If you don’t know FIRE stands for Financial Independence Retire Early. At its core, FIRE is great for a lot of people but I am not completely sold on the idea of FIRE for myself.

The reason I say this is that I am striving everyday for financial independence. We all are in a pursuit of this independence, some more than others. The part that I don’t agree with is the retire early part.

She coined the phrase Passion FIRE but after reading the article I realized that this was the vision that I was striving for.

I have said for years that I don’t want to quit working. Hell, I will probably work until the day I die but it won’t be because I had to.

I realized early in life that I am a project person. I absolutely love having an idea, then taking that idea to the planning stage, and then building that idea into something. I have a ton of ideas but I only pursue the ideas that I have a passion for and feel strongly about.

Let’s take More Dividends for instance. This whole blog initially just started as an idea in my head. I then took it into the planning stage and worked up a concept based on the knowledge that I had at the time. Did all of my plans work out, of course not but as I have continued with the project I have continued to refine my projects and keep working on it.

Unfortunately, I can only allocate a certain amount of time to working on More Dividends and other projects that I have in life.

That is why Passion FIRE more closely aligns with the lifestyle and the mindset that I have. Once my passive income is greater than my expenses then I will have the ability or pursue these passion projects on a more full time basis.

Can you imagine how big you could build your passion project if you were able to work at it for at least 8 hours a day.

Now some people may say, if your working at it 8 hours a day then it becomes a job, but I have to disagree. I have heard this saying many times in my life and it stands very true right now.

“If you find something that you enjoy doing and that you are very passionate about then you won’t have to work another day in your life.”

There are plenty of things that I have a passion for but I have not been able to pursue like I would like to.

That’s because this is the goal that I am striving for. I don’t want to reach financial independence and then retire and sit and watch tv for the next 40 years. I want that freedom to pursue the things that I am passionate about and I will achieve it!!!

Does your quest for financial independence fit this Passion FIRE mindset or are you striving to achieve something different? I would love to hear about it in the comments down below!