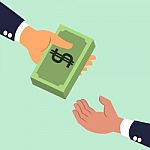 As the month of May is over and we head into another month, I felt it was time to give an update on my More Dividends Fund. This is the first update to address all of my current positions and look forward to updating as I continue to build the portfolio bigger over time. This portfolio was started in March of 2015 and has since gained 3 positions in well run companies.

My first position that I started in March was a REIT that operates out of New York called Manhattan Bridge Capital Inc ( LOAN ). The company acts very much like a hard money lender for real estate development, who uses the properties being developed as collateral. I was immediately impressed with the yield of the stock and opened a position with a cost basis per share of $3.66 . The stock continued to climb higher, even reaching its 52 week high of $4.78 , before it peaked and started to slide back downwards. It quite often spends a lot of time trading sideways, so for now I will continue to hold the shares with anticipation to see what happens with it once the Fed starts to raise interest rates.

Next, I decided with all the volatility in the energy sector that I would open me a position in Exxon Mobil Corp ( XOM ). The company has been a dividend champion for many years and will continue to do so for many years to come. I opened the position with a cost basis per share of $85.32 . Even though I feel as though I opened the position at a good time, with XOM closing in the low $84 range I have been considering adding to the position but am currently undecided.

Now for the month of May, I had been looking for a monthly dividend to add to the portfolio. When finally I found another REIT called Realty Income Corp ( O ), which just happens to also pay out monthly dividends and has been doing so since 1994. The company was added to the S&P High Yield Dividend Aristocrats index back in March so I was becoming very enticed by this company. With the company on a pullback of more than 8% from their 52 week highs, I felt that now was a good time to open a position. I opened that position with a cost basis per share of $46.52. Although this stock currently trades below my cost basis I am undecided whether to add to this position or not. With the market showing so much volatility because of the possibility of the Fed raising the interest rates, I may continue to hold off on adding more to this position at the moment.


The above image is courtesy of FreeDigitalPhotos.net and the image creator was jesadaphorn