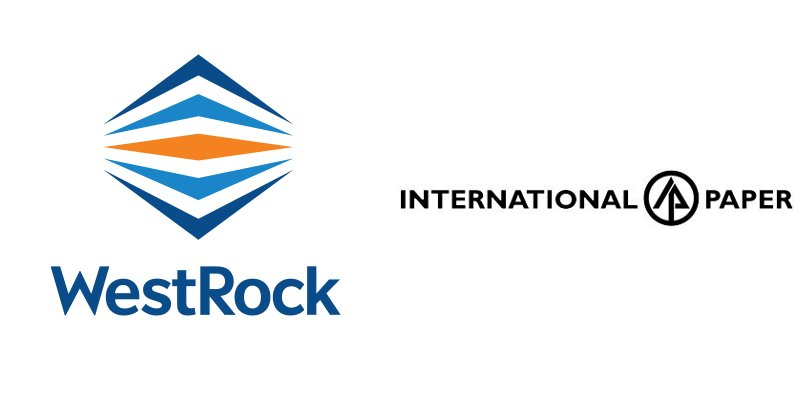 A lot of companies affect us tremendously and we may have never even heard of the companies. Two such companies are WestRock and International Paper. While you may have never heard of either company I am positive that you have dealt with their products. That is because they make products that we deal with in our everyday lives. They produce a wide range of products including packaging boxes, product displays, pizza boxes, beer boxes and many more.

While they aren’t a fancy new tech company, I would consider them good companies that operate in a boring industry that would be a great addition in any dividend growth investors portfolio.

So I want to take a few minutes and look at some key metrics for both businesses and see which one would make a better investment.

Given how beaten down the share price is WestRock looks very attractive from a value and income perspective.

All companies that operate in the container and packaging industry have felt the effects of the pricing of wood pulp for most of 2019, as this graph will show.

There is a direct correlation between high inventories and the lower pricing of the wood pulp itself. This is a factor that none of the companies operating in this industry can control but it is a factor that they all must deal with. As recently as June 24th, analysts like Goldman Sachs have downgraded stocks within the industry because of this factor.

I do think that it is worth noting here that WestRock has only officially been a company since 2015. So they have actually increased their dividend since inception and have grown their dividend by a total of 21% but unfortunately that was just 3 years ago. International Paper on the other hand paid a steady dividend through out the 90’s and into the 2000’s but when the financial crisis happened in 2008 they cut their dividend the following year. Since then they have began the practise of increasing their dividend every year but their streak has only been running for 7 consecutive years.

WestRock currently has an EPS of $2.90 with an estimated EPS of $4.03 for next year while currently having 255.50M shares outstanding.

International Paper currently has an EPS of $4.19 with an estimated EPS of $4.98 for next year while currently having 396.97M shares outstanding.

Looking at these figures I actually like the WestRock EPS better than I do the International Paper. Plus they stand to grow their EPS more than International Paper which will only help the company return capital to their shareholders.

Both companies stand to gain in the growing trend of ecommerce sales because most of those sales all will have to be shipped in a corrugated package. Plus as the growing population moves away from plastic products they will look more toward paper alternatives.

I honestly think at these prices you could buy stock in either company and do very well over the long term. Given the EPS, dividend and current valuation though I think that WestRock would be a better purchase at the moment. Despite carrying a heavy load of debt, I think that they are really setting themselves up for a very bright future with a lot of growth ahead of them.

Do you currently own stock in either company?

Which company do you think is the better purchase at these prices?

Just let me know in the comments below!