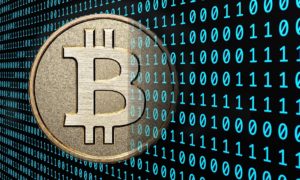 Like a lot of readers of my blog I too took a dive into the world of cryptocurrency during 2017. I had a friend tell me at the beginning of the year that I should put all new money into this space. Looking back now I wished I would have listened. For this article I will discuss some of my plays I have made in this space and where I am currently at.

To get started I had to acquire myself some bitcoin. So I went over to Coinbase and signed up for an account. At the time when I bought some bitcoin it was only going for $900 a coin. Then it began to rise. I watched it go up to around $2,800. When it started to go down I decided I better take some profits so I sold around $2,400. I made some profits but It would have been nice if I would have kept holding.

Now with some capital available I needed to find somewhere else to put it to work. Based on the research that I had done I really liked Ethereum so I decided to invest all of that money in Ethereum.

With that money parked in Ethereum I decided to put some more money into the space but I wanted to invest in some other coins. So after I acquired the bitcoin I opened up an account on an exchange and sent the bitcoin there. After doing more research I decided to buy 2 different coins which were a lot cheaper than my previous coins. So I bought PiVX around $1.50 and Ripple around $20. I was very happy with these coins but at the time the price didn’t seem to move very much. So I decided to just leave the money there for the time being.

Around this same time I was talking to my friend again and he told me about a new coin and platform that he had been using. This new platform actually paid him interest on his money every day. So as a dividend investor I was very curious to learn more about this new platform. We sat and talked for an hour or two and afterwards I decided that I needed to move some money to this new platform.

The new platform was called Bitconnect. I decided to sell my positions in PiVX and Ripple and move that money over to Bitconnect. Now the way it works is you have to sign up at Bitconnect and then transfer Bitcoin there. Then you exchange it for Bitconnect coin and then you can lend your Bitconnect coin and get paid a daily interest on that loan. The one catch is that your initial investment will be locked for a certain number of days.

When your interest collects to a minimum of $10 you can then choose to reinvest that money into the platform or you can choose to move the money out. What I did for months was to reinvest the money back into the platform as long as Bitcoin was still at its highs. Once the price of Bitcoin dropped down I started moving that money back into Bitcoin so that I could acquire it at a cheaper price. Once Bitcoin starts reaching its highs again I plan to start reinvesting back into the Bitconnect platform.

So there you have it. Currently I have money invested in Bitcoin, Ethereum and Bitconnect. I am happy with my positions so far since I have 5x my money. There may be better opportunities out there but I haven’t found them yet. If you do decide to give Bitconnect a try I would appreciate you signing up through my link above so that I will receive a referral bonus. If you have any specific questions on it please feel free to ask.